A Blank symbol is the simplest form of symbol and is great for reusable components.

By default the root node of a Blank symbol is relative to the place that it has been dragged to in the Hierarchy of the parent symbol. It is because of this that it can be viewed and manipulated in 3D within the Scene View, much like a target. 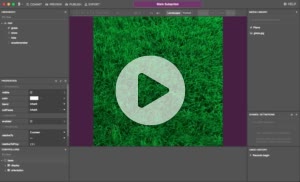 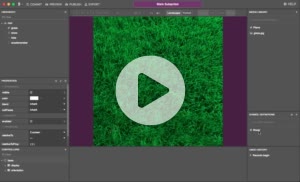 Double clicking a subsymbol within the Symbol Definitions list will open the subsymbol allowing functionality to be added. Each subsymbol has its own Hierarchy, Media Library, Scene View and Controllers, just like the parent symbol.

An example of some functionality to add could be to create a flower symbol to go within a larger garden scene parent symbol.

To return to the parent symbol click on the gear icon in the top middle of the window, next to the name of the subsymbol. 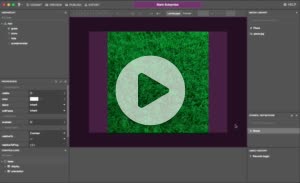 Adding instances of the subsymbol.

Once back within the parent symbol, dragging any subsymbol from the Symbol Definitions panel into the Hierarchy will create a new instance of it within the scene. A Blank symbol will be relative to the parent node where it is dragged in the hierarchy.

Subsymbols can be added to the Hierarchy as many times as required and can be used to build complex scenes without having to copy/paste or manually repeat nodes. 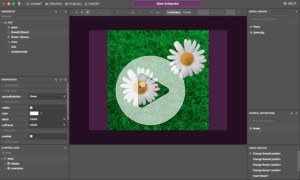 Any changes made inside the subsymbol will be reflected in the instances created within the parent symbol, this allows for quick and easy mass editing of objects.

The next page will discuss creating a Screen symbol, a form of symbol designed for building discrete areas or screens within an experience.