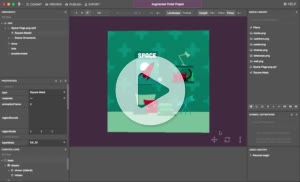 Environment framed by a target

Masking is a technique that hides parts of a scene as if they were behind an invisible object.

It can be used to create environments that extend behind, and are framed by, a target image.

The masking process has several steps: 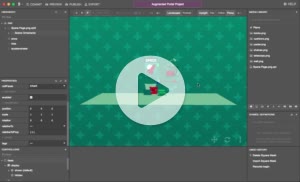 While any object type can be used as a mask, ZapWorks Studio provides a number of useful types that can be added to the Media Library using the + button.