Controllers and states are the building blocks for transition animations in ZapWorks Studio. A controller stores a user-defined set of node properties and acts as a holder for states and timelines.

The values of these properties can be edited within any states that belong to the given controller. For example, a node's position property can be assigned to a controller and any states within it would be able to alter the value of the node's position.

Both Controllers and States can be added and managed from the Controllers Panel, located in the bottom left of Studio's UI. 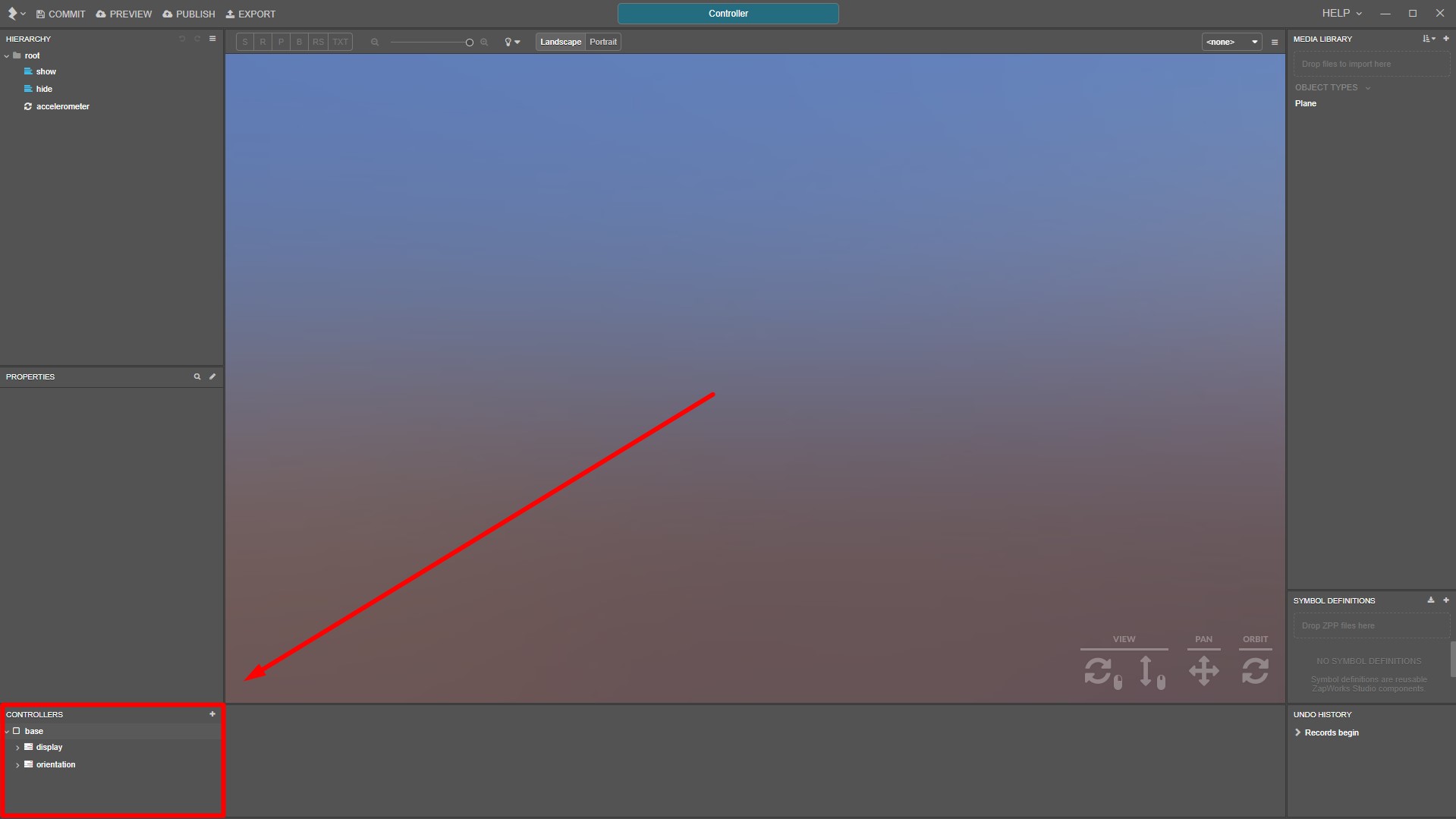 To add a controller, click on the plus (+) icon in the Controllers Panel and select New Controller. 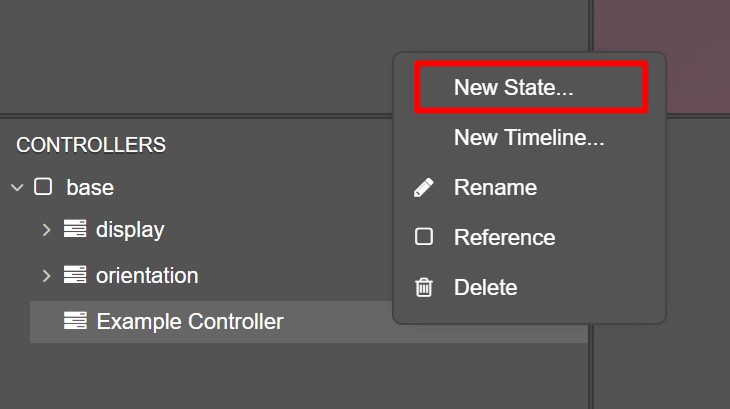 Giving your controllers and states brief but descriptive names makes them easier to manage, especially when activating them with an Action or from within a script.

Properties can only be modified from within a controller that explicitly manages them. By default, all properties are managed by the root base controller.

To assign a property to a new controller, select the controller first, then a node in the Hierarchy. Clicking the plus (+) icon to the right of a property in the Properties panel will add it to the controller. 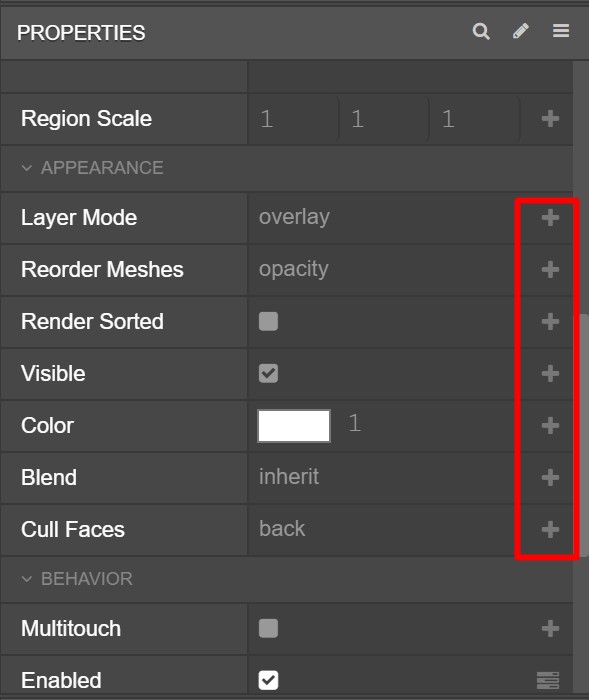 Assigning a property to a Controller

The value of the property will then be editable from any states within the controller.

Remember to select the base controller when you're done editing properties within a state to return to the default behaviour.

While a state is selected, and if it has properties assigned, the state view panel is shown. 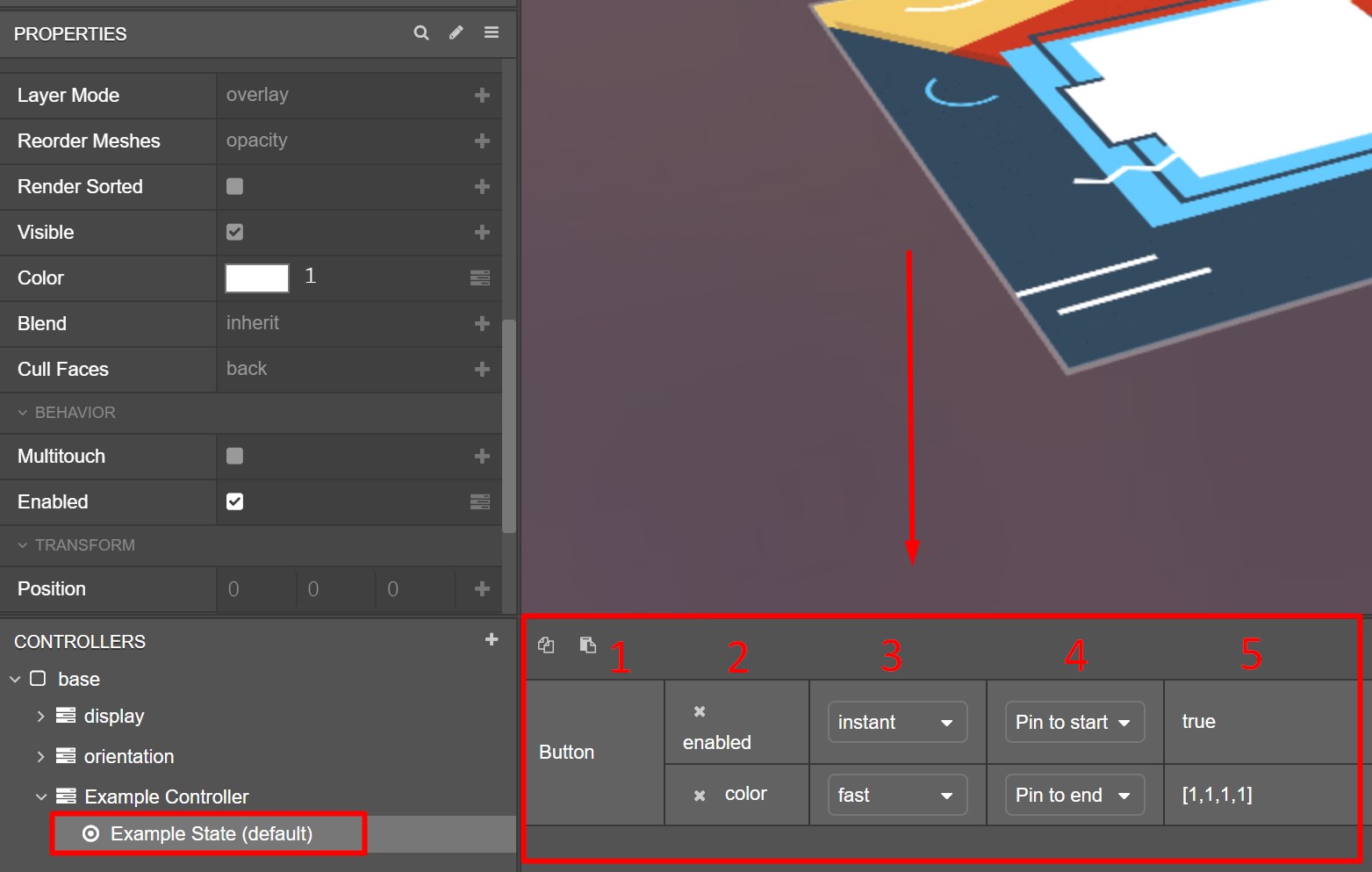 This panel has five columns:

States can be activated via user interaction (e.g. a button) or event triggers (e.g. on target seen) using one of two methods:

The first state added to a controller will be marked as its default state, meaning it's the initial state that will be active when the experience is scanned.

To set a different state in a controller as the default one, right-click it and select Make Default. 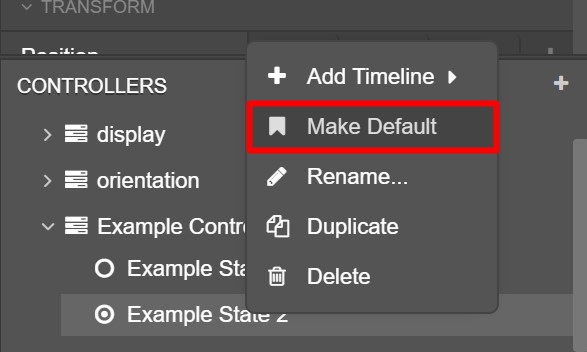