This guide follows on from the embedding alpha video project and utilizes the video player symbol. 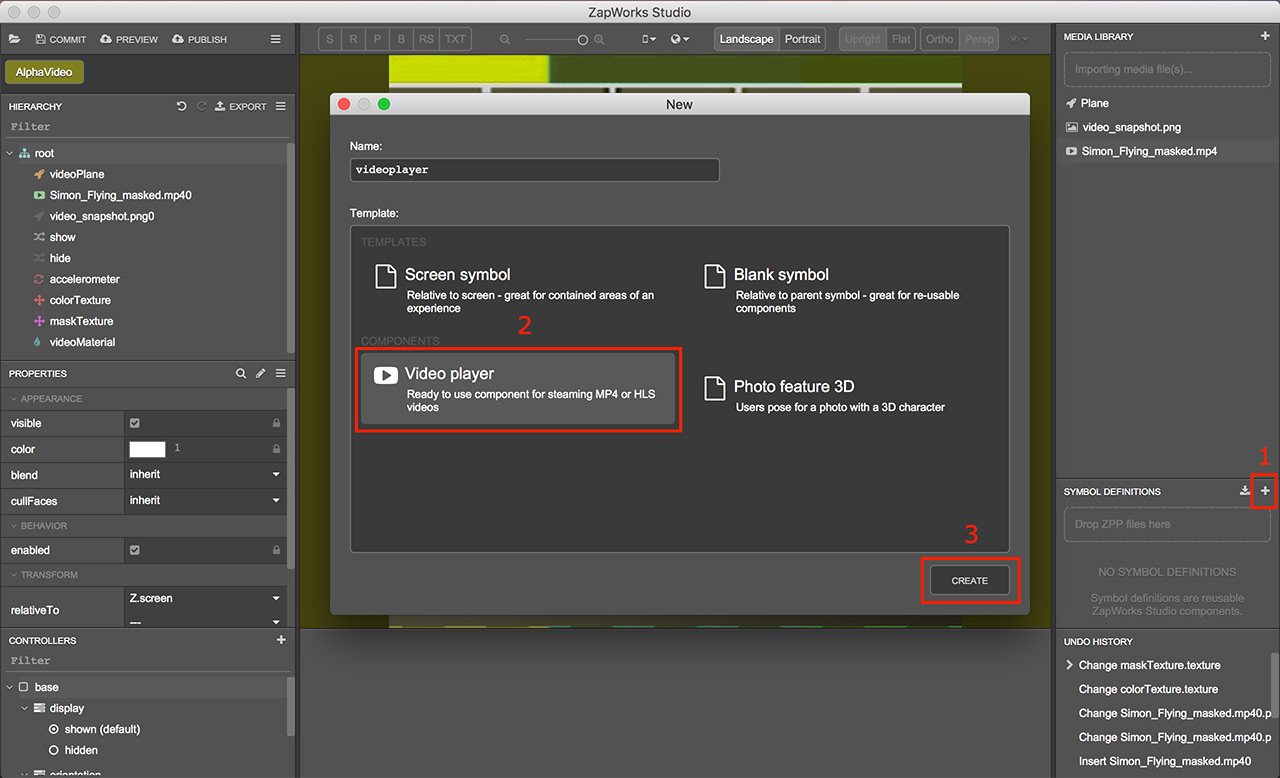 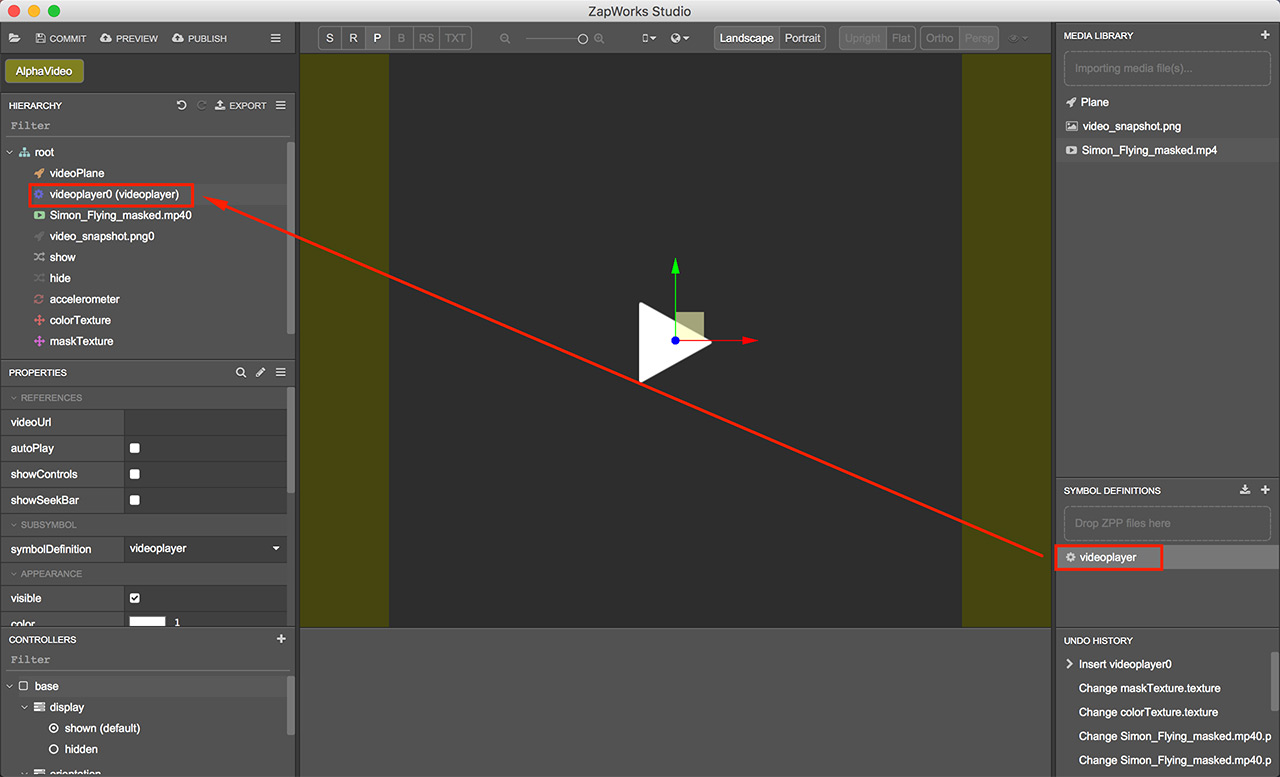 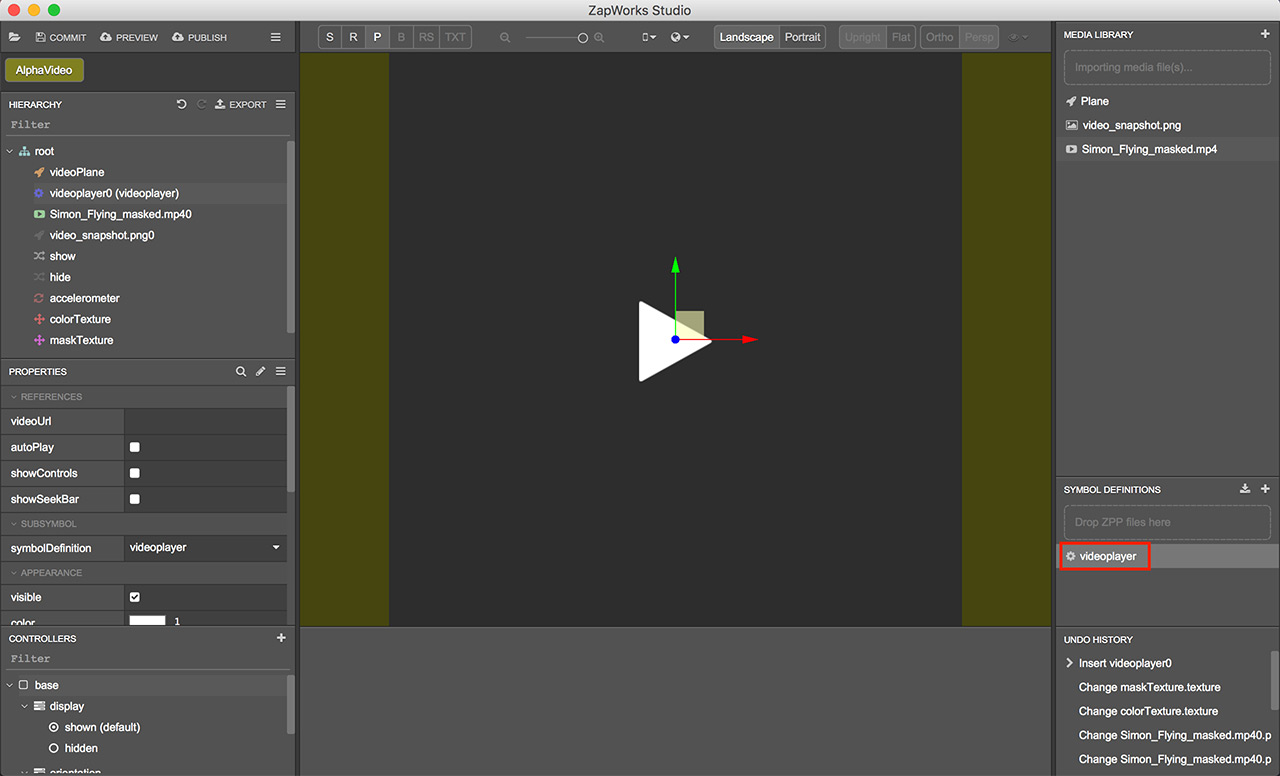 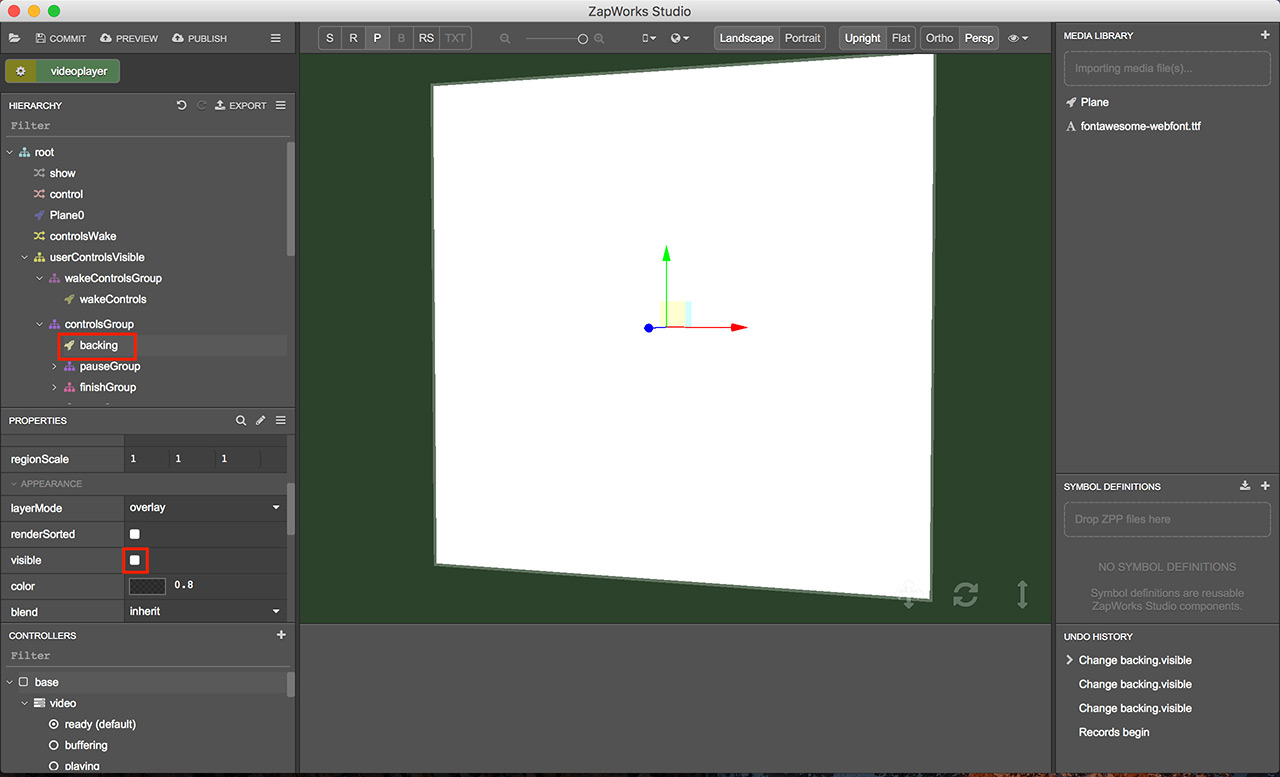 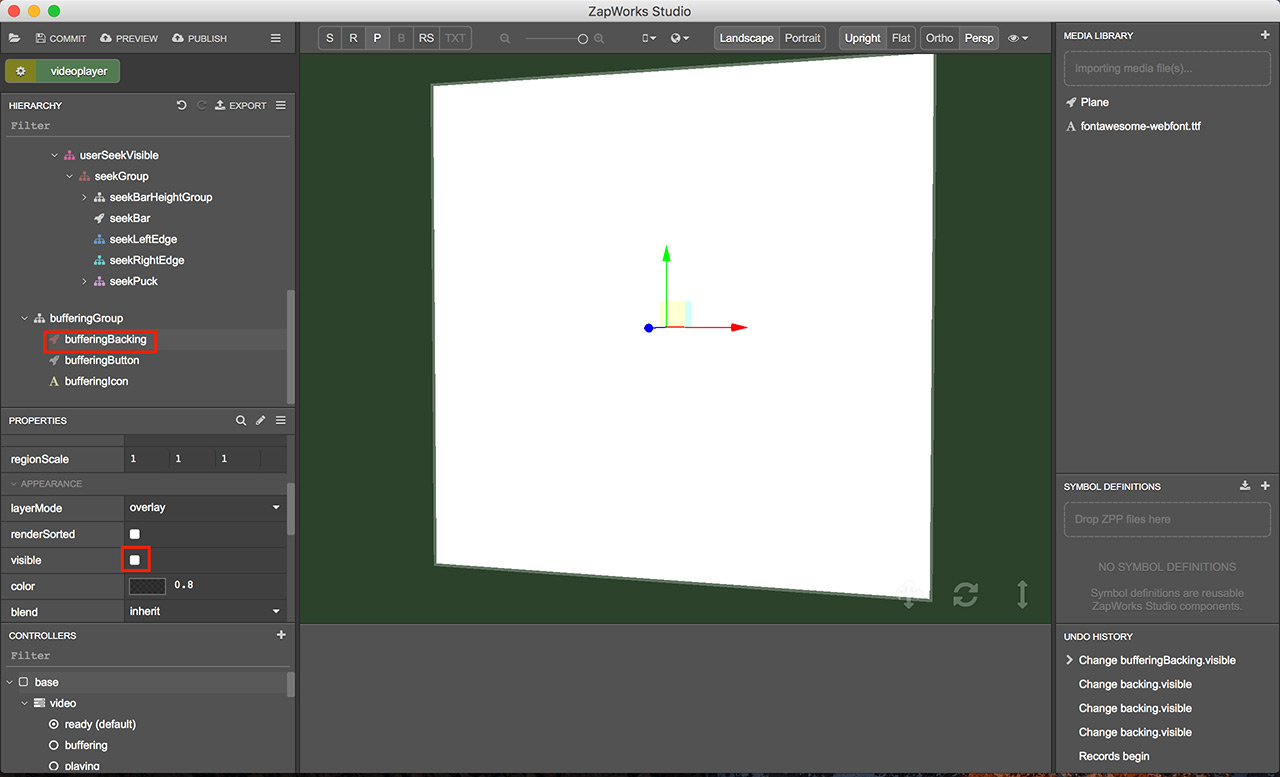 And finally for the Plane0 plane. 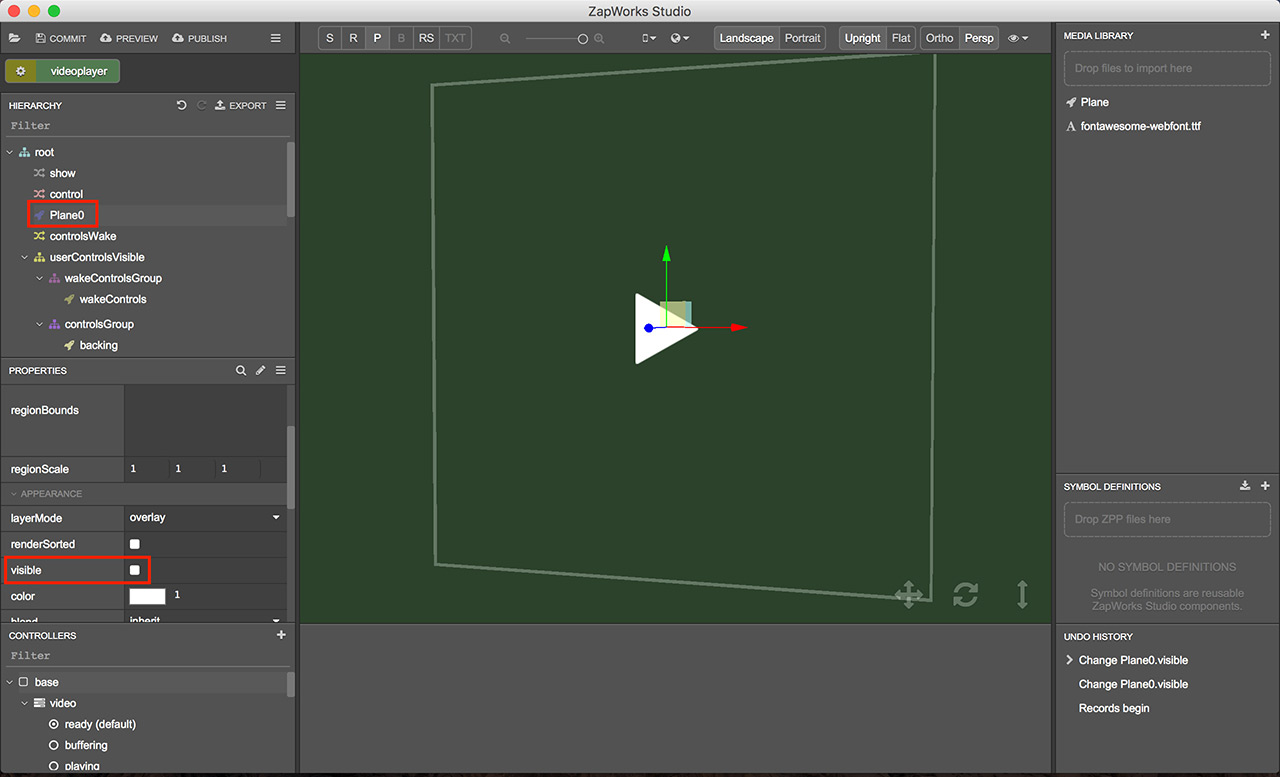 The reason we are making these planes invisible is because we want to use the videoPlane we have in our parent symbol to display the video and not have the one's set up in the videoplayer symbol. 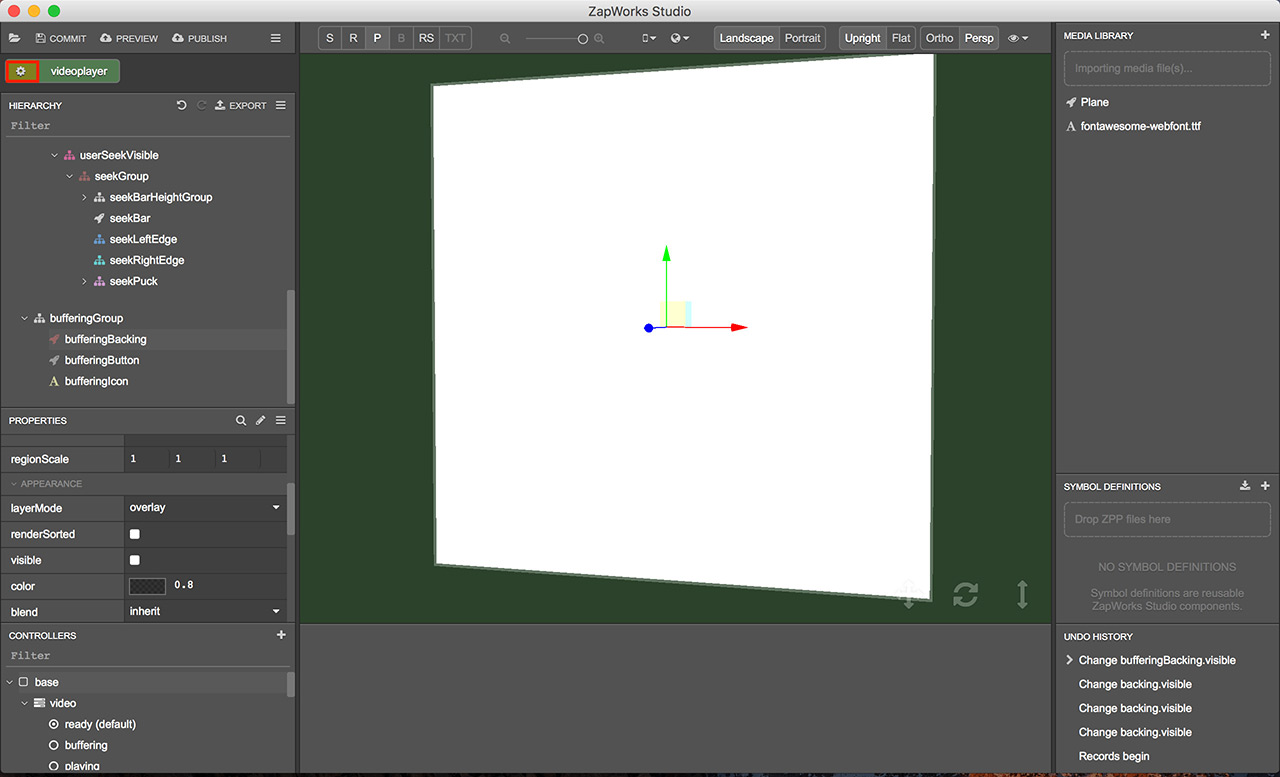 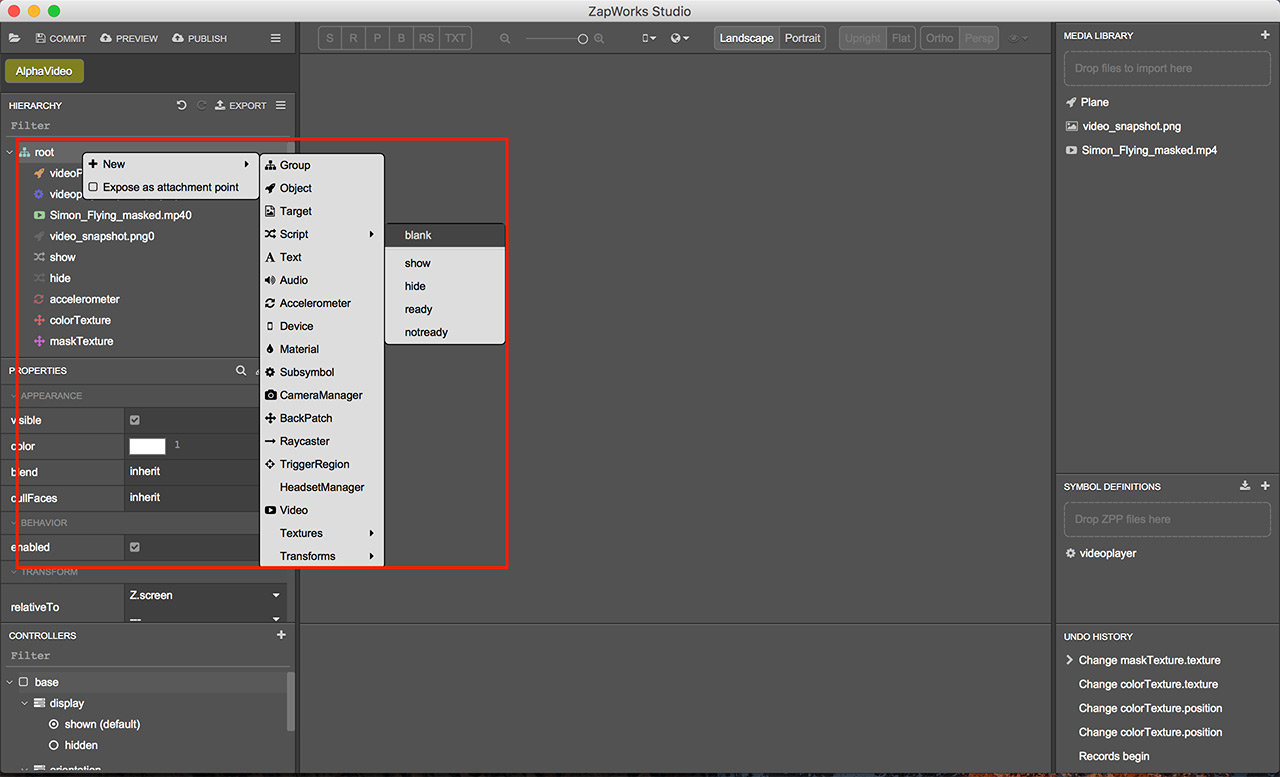 Feel free to rename this script to something more suitable by right clicking the newly created script and selecting 'Rename'. This script will be used to set the texture of the transformed textures so we will call it 'textureAssignment'. 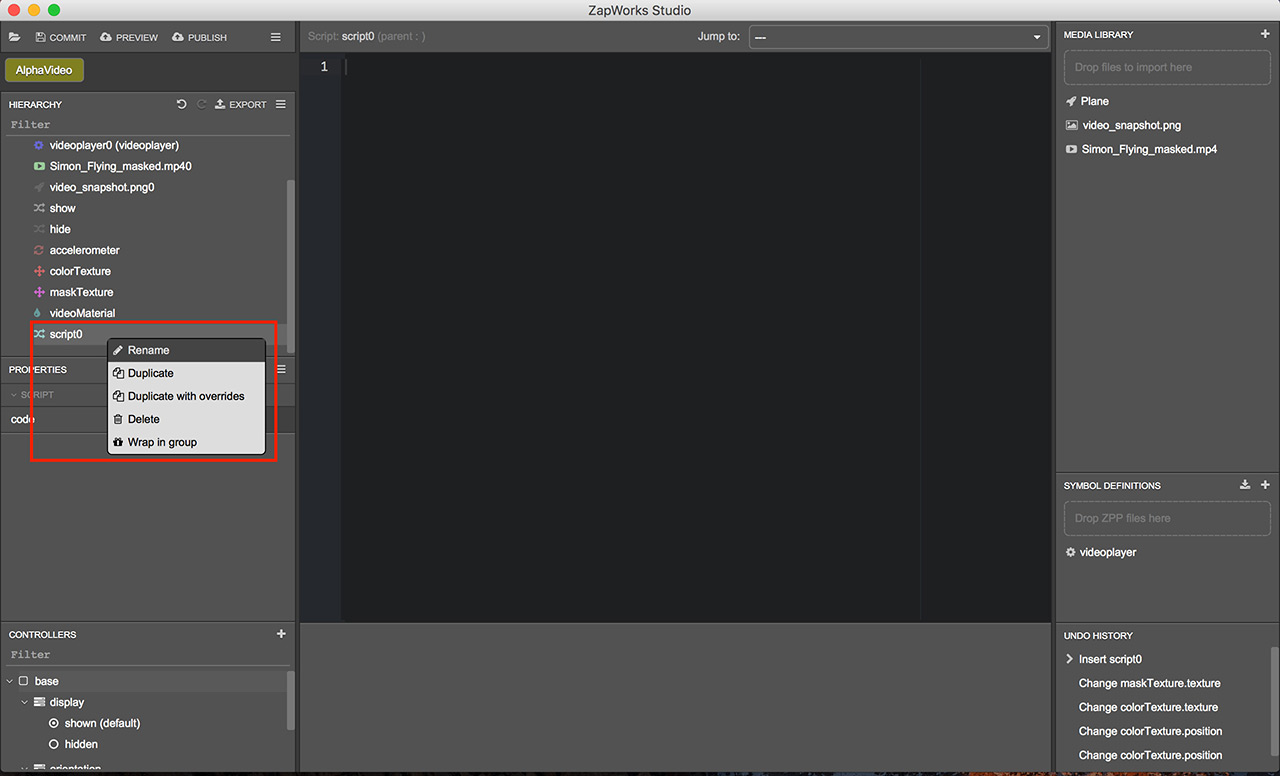 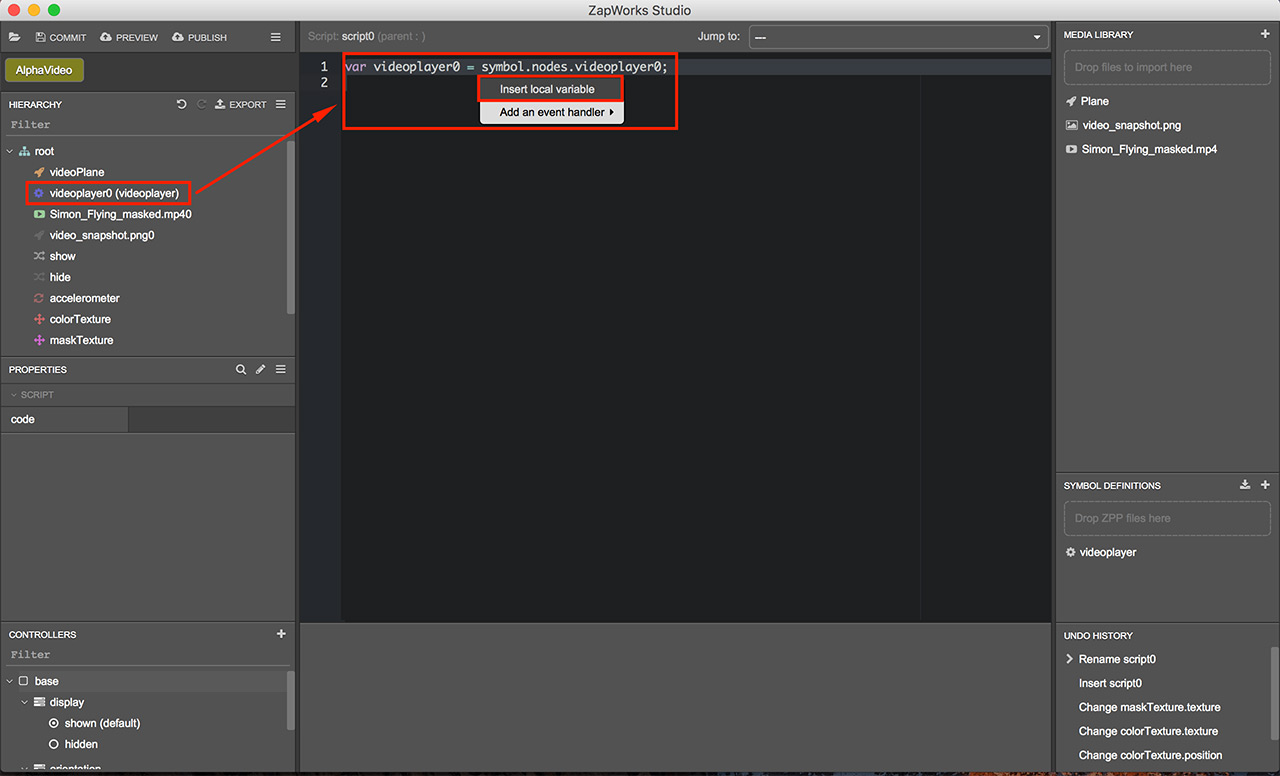 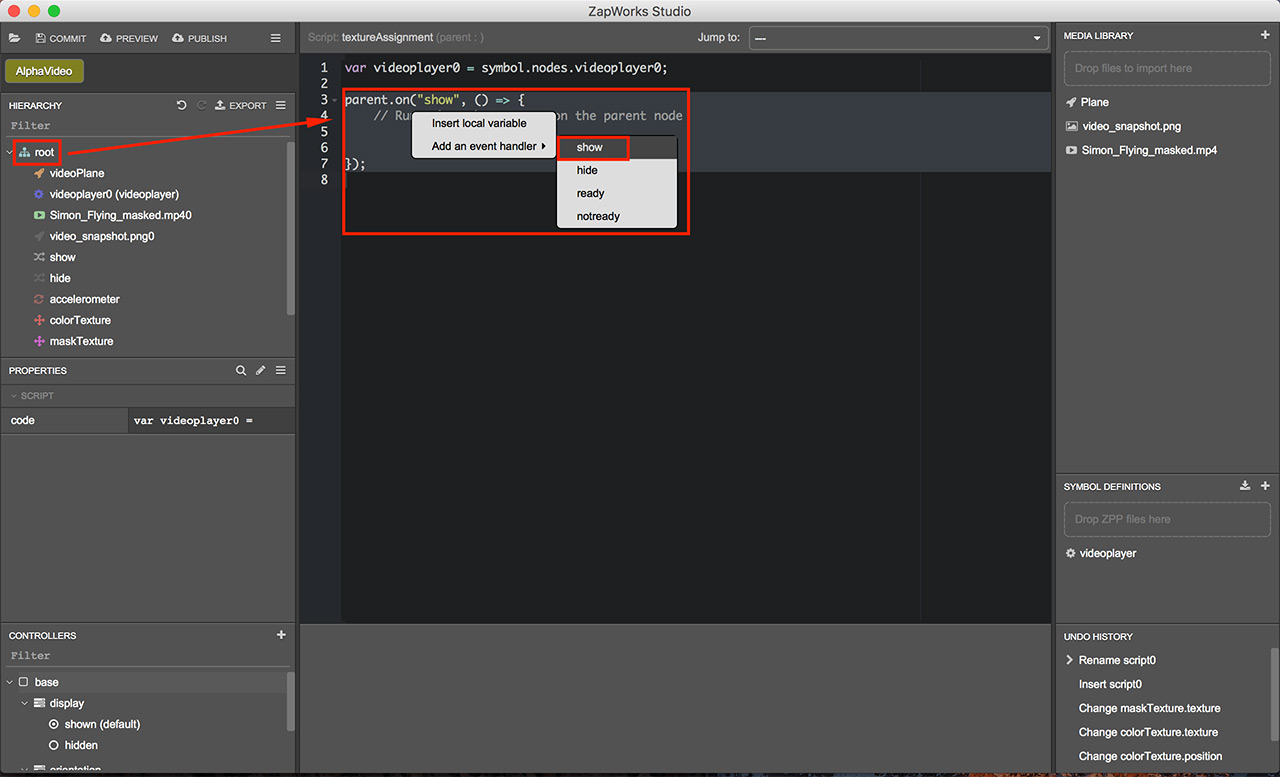 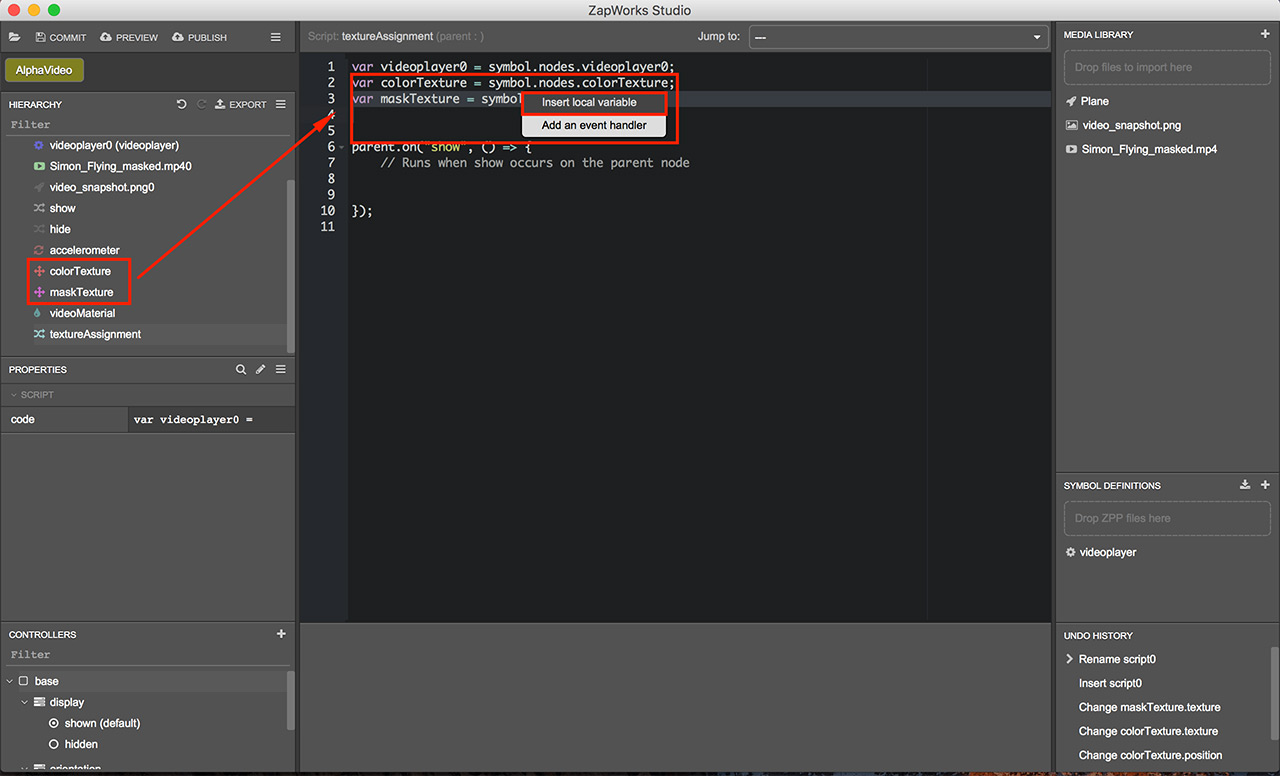 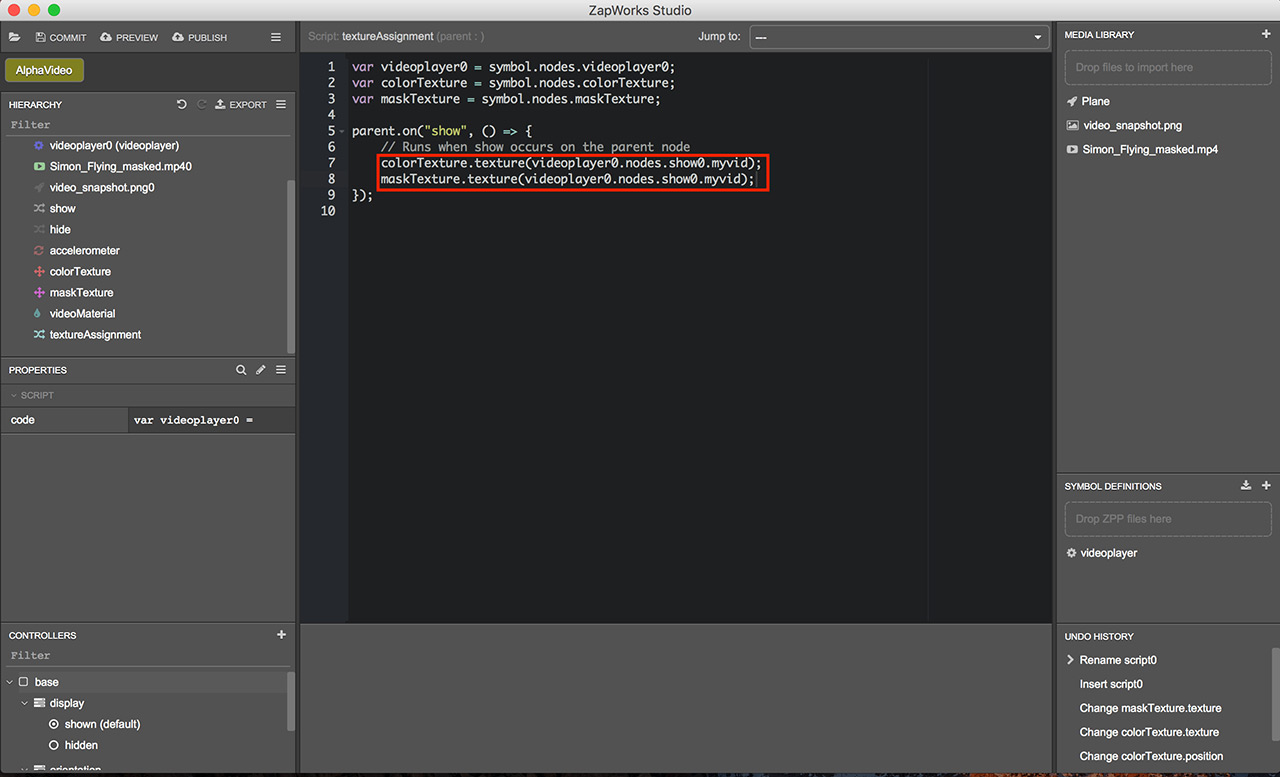 The code used to access the texture might be different depending on the name of your nodes but the default should be videoplayer0.nodes.show0.myvid.

The complete code as shown above is as follows:

We can paste this URL into the videoURL property in the Properties panel. We can also set the video to auto play and whether to display controls such as pause and play when tapping on the video. We do this by ticking the autoPlay and showControls checkboxes respectively.

As with all streamed video, the URL needs to link directly to a publicly hosted mp4 or m3u8 (for HLS streaming) video file as opposed to one uploaded to a video hosting site such as Vimeo or YouTube.

The server hosting the video file needs to support range requests in order for the video to play properly across all devices. We recommend using a CDN, such as AWS CloudFront or CloudFlare, for faster, more scalable video serving. 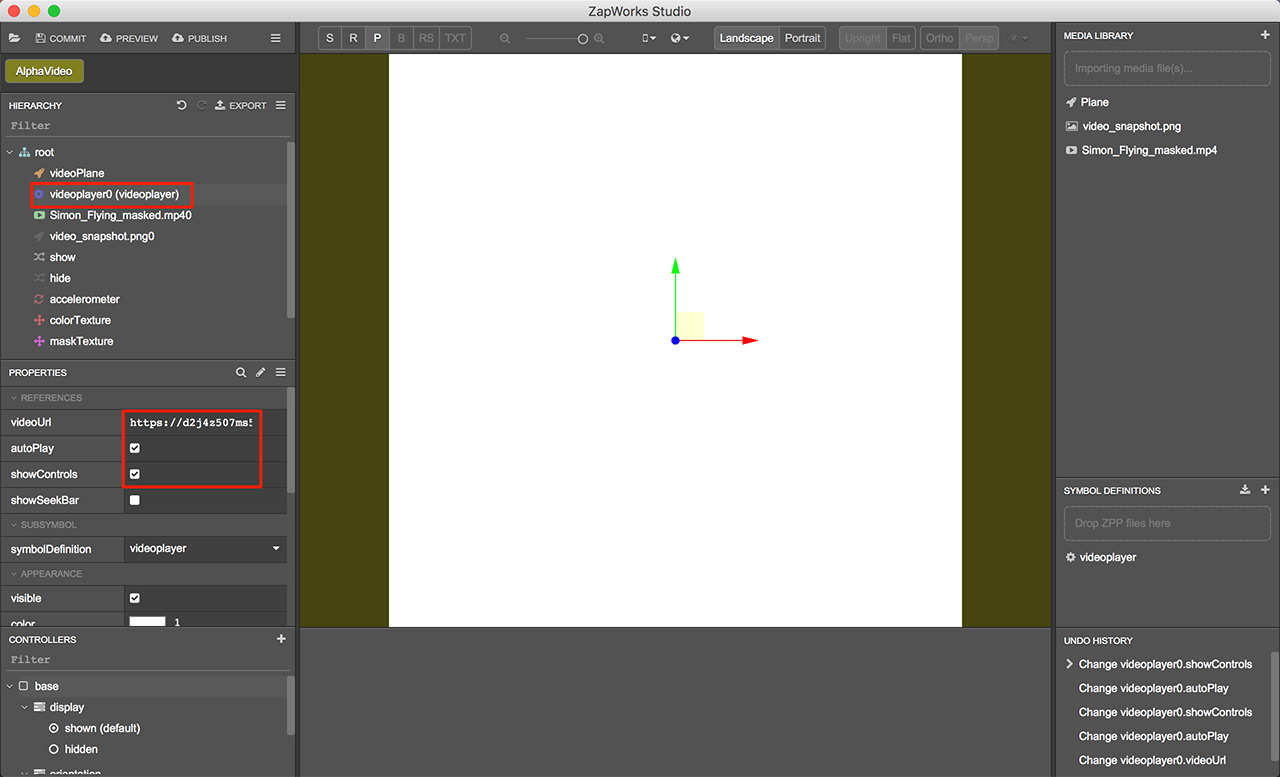 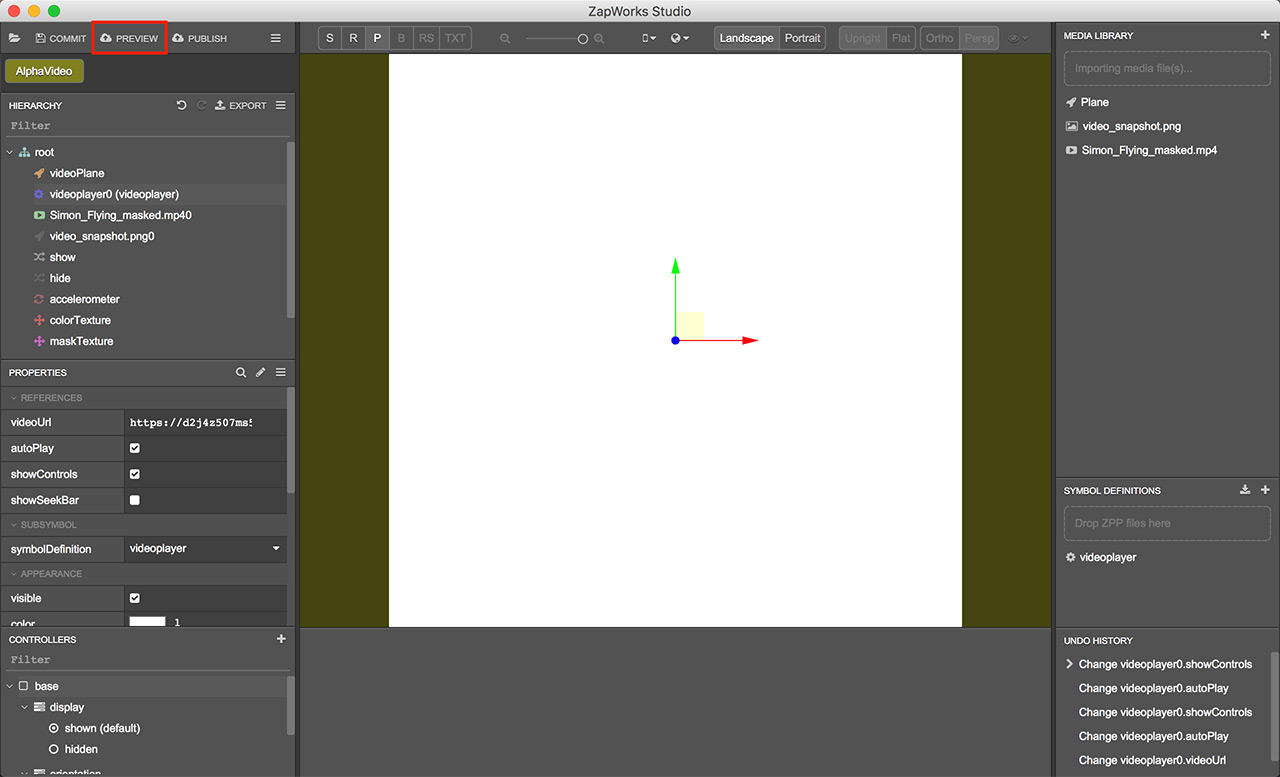 While we used the video player symbol to help speed things up, you can use the underlying Z.Video functionality for a more slimline solution.