The full customization of the splash screen is only available to those on Plus, Pro, or Enterprise Unity plans. Find out more information here.

The Unity splash screen displays immediately while the first Scene of your project loads asynchronously in the background. However, if you use your own introductory screens or animations, this might take longer to appear because Unity has to load the entire engine and first Scene before it can display your own custom splash screen.

You can use the settings in the Splash Image window to customize how the splash screen appears in your project, including: 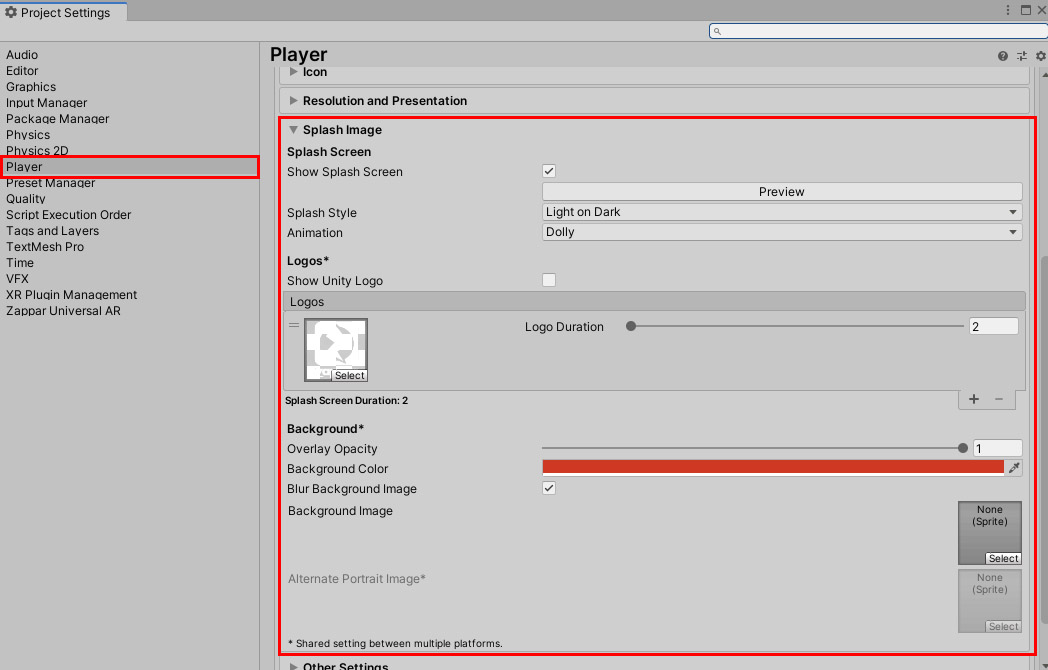 You can also use the SplashScreen API to control the splash screen settings.