When you add a tracking template to your scene, the tracker group will already contain a camera component ready for you.

Please remember to remove any other cameras you may have, or to mark the Zappar Camera as your primary/active camera.

The Zappar Camera has the following changes: 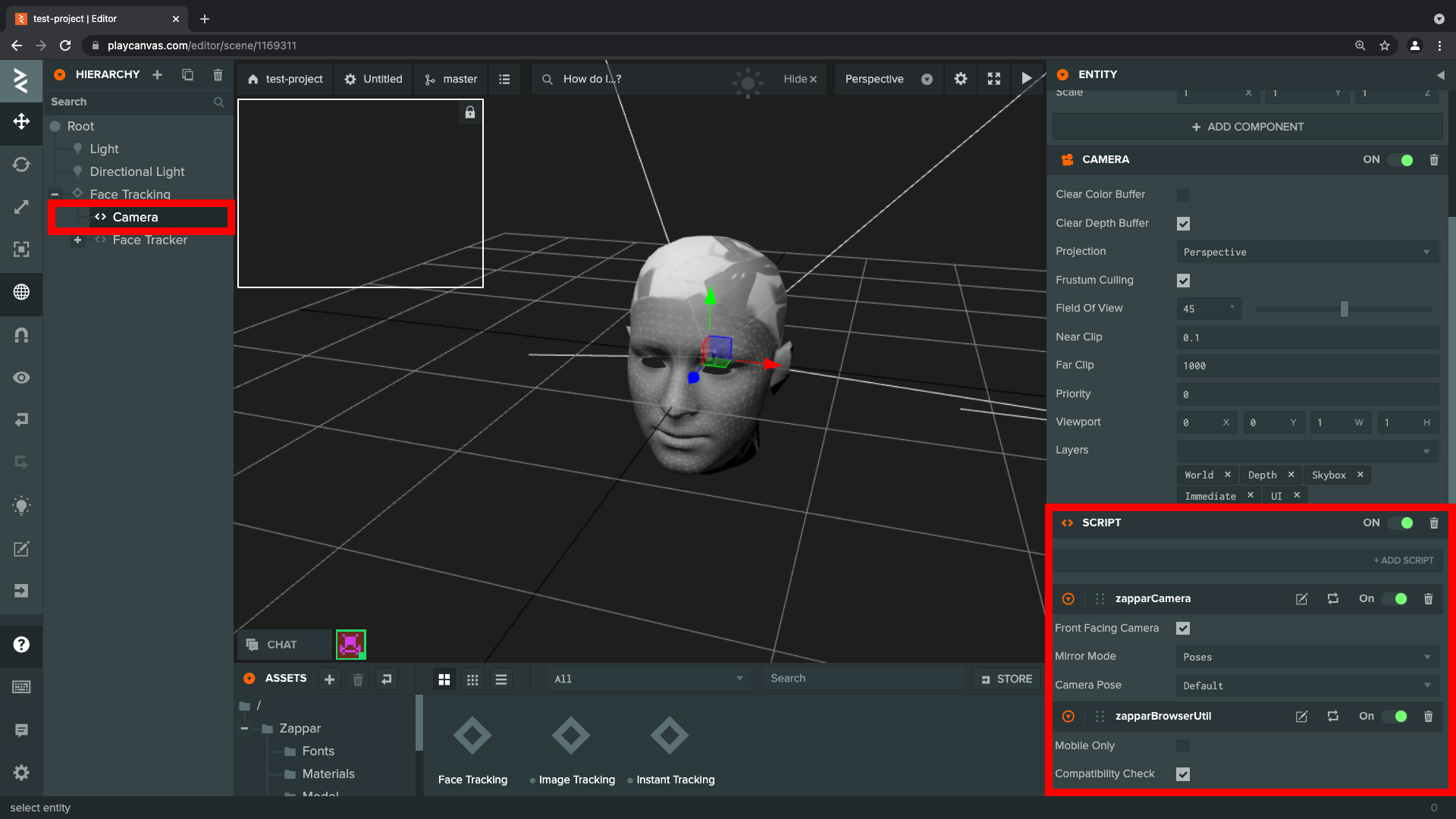 The Zappar Camera in PlayCanvas

The camera object is already prepared for you with the most appropriate set up for each tracking type, however, it does have a few options and features you may like to change.

The Zappar library provides multiple modes for the camera to move around in the PlayCanvas scene. You can set this mode with the poseMode parameter of your camera object. There are the following options:

The correct choice of camera pose with depend on your given use case and content. Here are some examples you might like to consider when choosing which is best for you:

The camera emits an event when a user accepts or declines camera permissions. You may listen for the event like this: